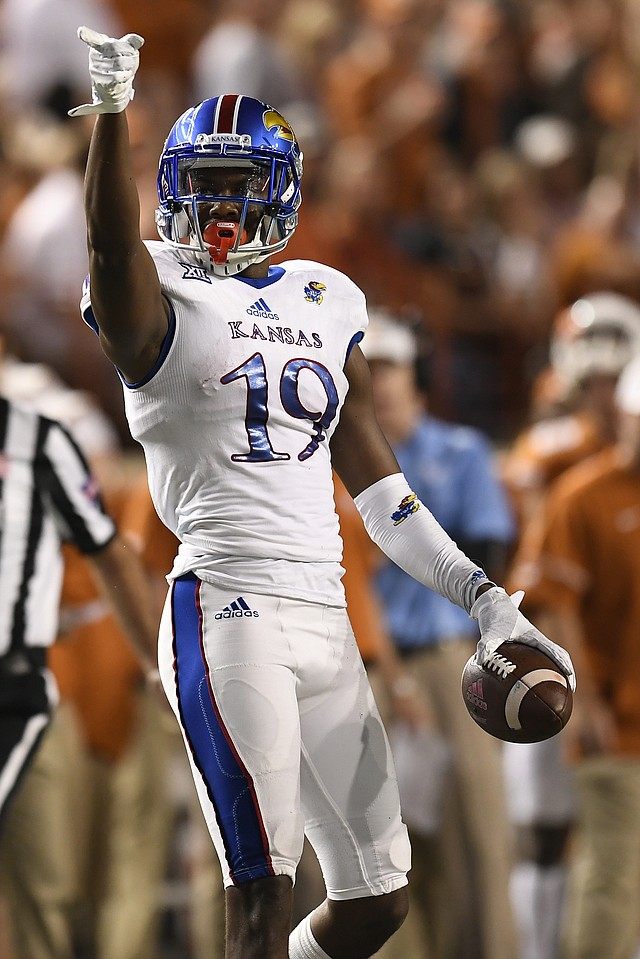 Hasan Defense spent the spring lining up against University of Kansas receivers, fixated on stopping them from making catches. Through those countless repetitions, as well as video reviews of practices, the junior cornerback learned a great deal about the Jayhawks’ receiving unit. By Benton Smith

Kansas wide receiver Evan Fairs came out of Fulshear High in Foster, Texas, with a two-star rating from Rivals. Halfway into his KU career, Fairs shapes up as the second-brightest potential star among the 14 high school players in KU’s recruiting Class of 2016, ranking behind only running back Khalil Herbert, a fellow two-star prospect. By Tom Keegan

A revolving door of quarterbacks is the face of the longest road losing streak in the history of college football’s highest division. By Tom Keegan