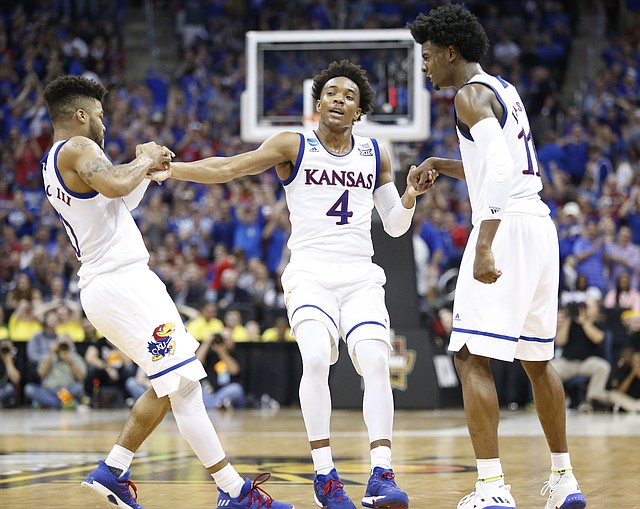 The way Frank Mason III, then a freshman, answered my question about whether he thought he would before his Kansas career ended duplicate his 50-point game in a high school summer All-Star game in Richmond, Va., was when I first realized this was an athlete armed with boundless confidence. By Tom Keegan

On a wildly entertaining display of fast-break basketball Thursday night at Sprint Center, Kansas showed why it has the best backcourt in America, Frank Mason III buried any debate as to the most deserving candidate for national player-of-the-year honors, and Devonte’ Graham established himself as one of the favorites to win them next year. By Tom Keegan