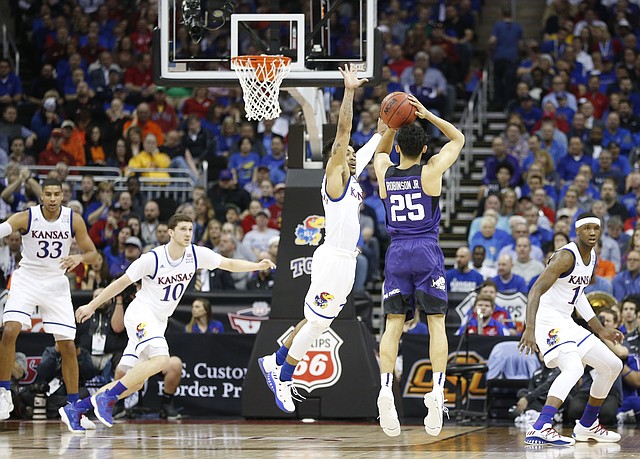 Jayhawks plan to use time off to fix, focus on defense

While resting up, recharging and moving forward with a new mindset all figure to be benefits of the Jayhawks’ unexpected weekend off, the one aspect of improvement this team will focus on most between now and the opening tip in next week’s NCAA Tournament will be the one that let them down the most on Thursday — defense. By Matt Tait