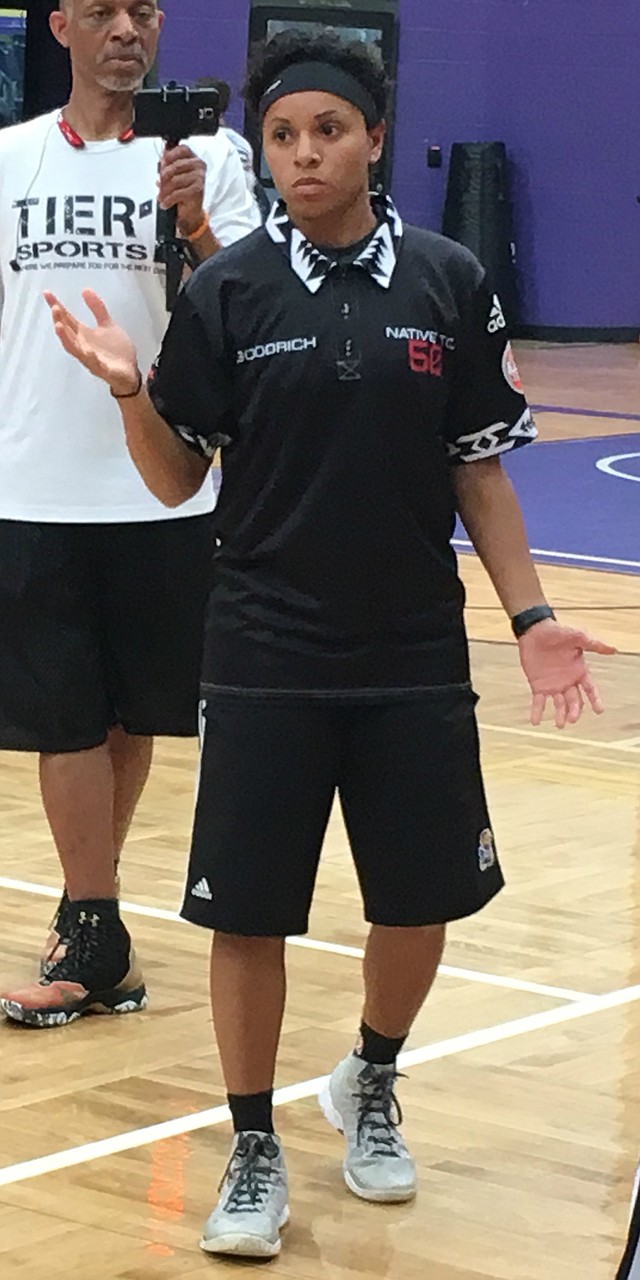 Just as 2015 WNBA MVP Elena Delle Donne was taking the court Thursday night to help the Washington Mystics to a 67-54 victory against the New York Liberty, Angel Goodrich was taking a break from a long day of work at the Native Top 50 basketball camp at Haskell University. By Tom Keegan