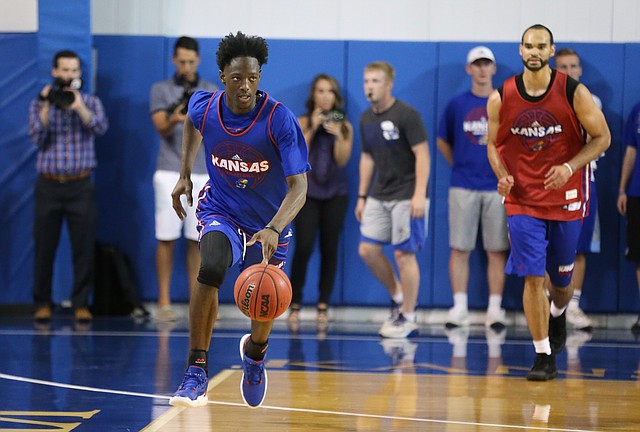 Blue Team guard Marcus Garrett brings the ball up the court during a scrimmage on Wednesday, June 7, 2017 at the Horejsi Family Athletics Center.

Sometimes the players who don’t hog the highlights are the ones who end up becoming most popular with Allen Fieldhouse spectators. The little things they do that play huge parts in long winning streaks give them crimson-and-blue-collar appeal.

KU freshman Marcus Garrett as confident as ever

In playing his way to Gatorade Texas Boys Basketball Player of the Year honors during the 2016-17 prep season, Kansas freshman Marcus Garrett's monster numbers were the result of elevated confidence that came from signing with the Jayhawks. By Matt Tait