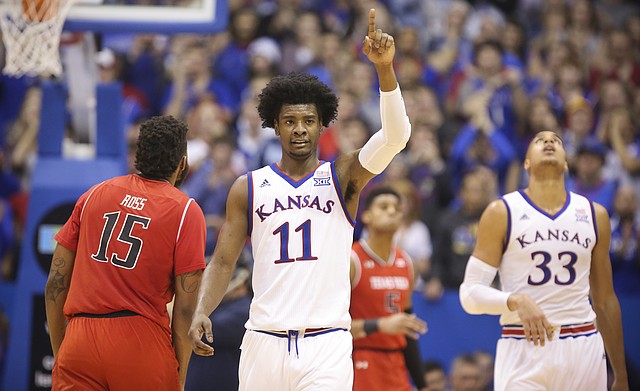 Kansas guard Josh Jackson (11) signals the ball going the Jayhawks' way after a Texas Tech turnover during the second half, Saturday, Jan. 7, 2017 at Allen Fieldhouse.

A look at some of the keys for the Kansas men's basketball team in its Big Monday showdown at Iowa State. By Matt Tait