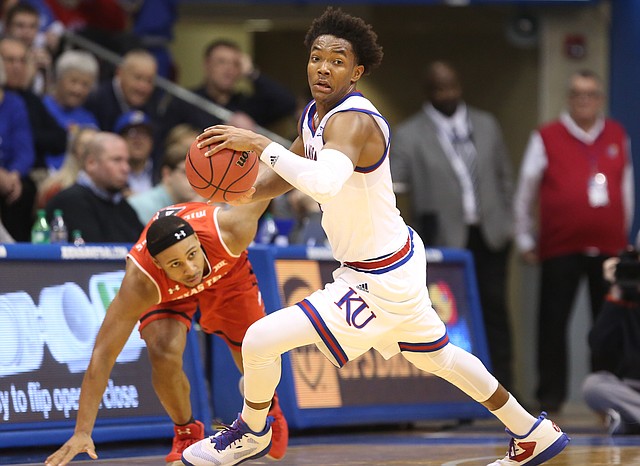 Kansas guard Devonte' Graham (4) turns up the court after getting a steal from Texas Tech guard Shadell Millinghaus (4) during the second half, Saturday, Jan. 7, 2017 at Allen Fieldhouse.

Kansas junior Devonte’ Graham entered Saturday night’s home game against Texas Tech averaging 12.5 points, 5 assists and 2.9 rebounds in 33.2 minutes per game, but had yet to lead the Jayhawks in scoring. For a player who many believed could wind up as the Jayhawks’ leading scorer for the season — and, really, still could by the end of the year — those numbers, though good, were far from what was expected. By Matt Tait