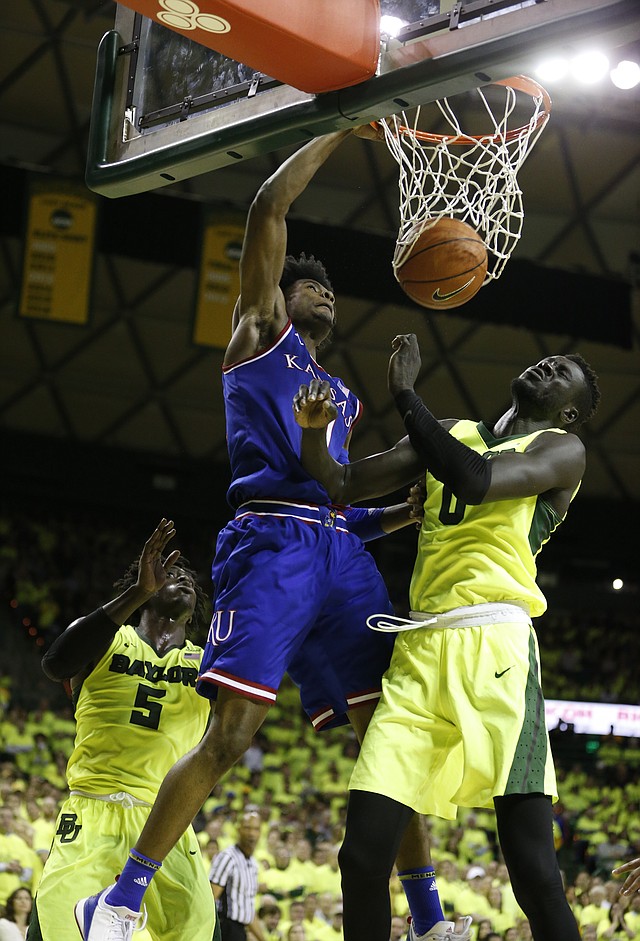 Thirteen proved to be quite lucky this season for the Kansas men’s basketball team, which not only racked up a 13th-consecutive Big 12 Conference regular season title but did so on the strength of some extra hardware. By Matt Tait

In what is becoming a regular occurrence, the Big 12 on Monday named Kansas freshman wing Josh Jackson its Newcomer of the Week. It marked Jackson’s sixth such honor this season — a record for first-year Jayhawks.