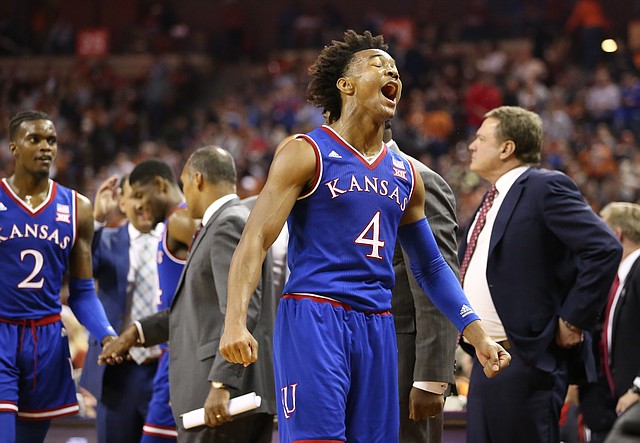 There were a bunch of reasons to wonder whether 11th-ranked Kansas could kick off its quest for a 14th consecutive Big 12 title on the right foot Friday night at Frank Erwin Center against Texas. And the Jayhawks had 17 answers during a 92-86 victory that was not quite as close as the final score indicated. By Matt Tait