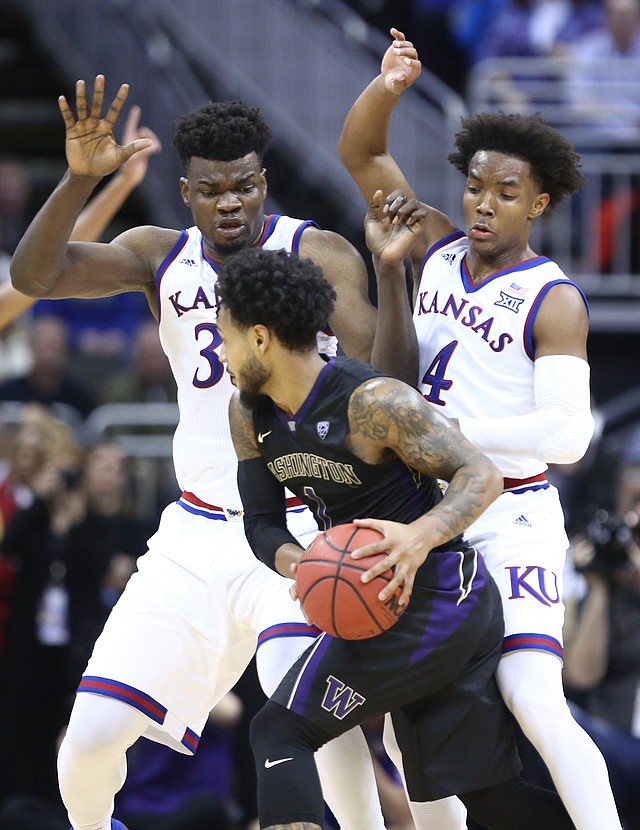 Foul trouble on the Kansas basketball team’s two big men once again forced Clay Young into action during the first half on Wednesday night at Sprint Center. This time, however, Young's contribution did not lead to senior point guard Devonte' Graham calling him the game's MVP. Instead, it led to the first Kansas loss of the season, a 74-65 dud at the hands of visiting Washington. By Matt Tait