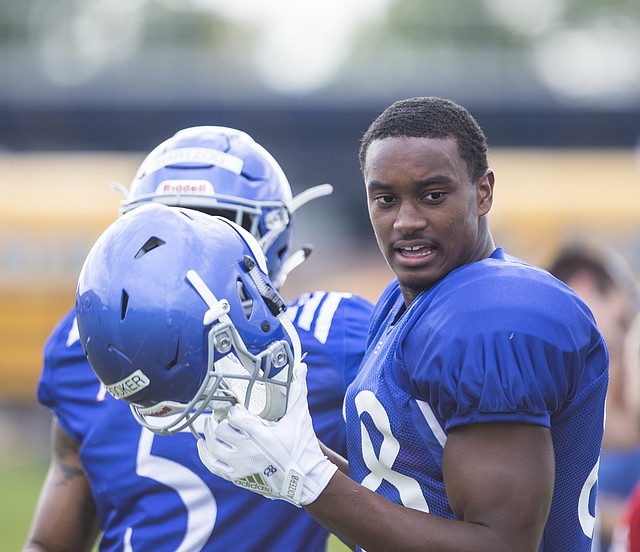 Kansas receiver Jeremiah Booker catches a break on the sidelines during practice, Friday, Aug. 18, 2017 at the grass fields adjacent to Hoglund Ballpark.

When offensive coordinator Doug Meacham has his Kansas receivers all in a room together and he wants them to understand how much effort their position requires, the coach can cite some handy footage of the men who run routes and catch passes for the defending Super Bowl champion New England Patriots. At KU’s preseason practices this month, the program’s new Air Raid expert sees junior Jeremiah Booker meeting his standards as well as anyone. By Benton Smith