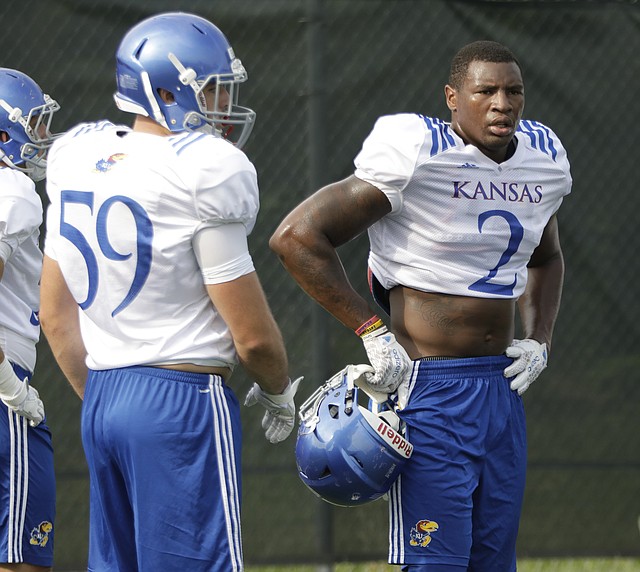 Hurricane Harvey’s devastation throughout the greater Houston area hit home for a number of Kansas football players the past several days. KU head coach David Beaty said Monday the program is doing all it can to support Jayhawks who call the flooded metropolitan Texas area home, as well as their families. By Benton Smith

Growing up in Houston, Dorance Armstrong spent much of his youth on the baseball diamond, which allowed him to feel right at home Friday night at Kauffman Stadium, where the Kansas defensive end threw out the ceremonial first pitch as part of the Royals’ “KU Night.” By Benton Smith