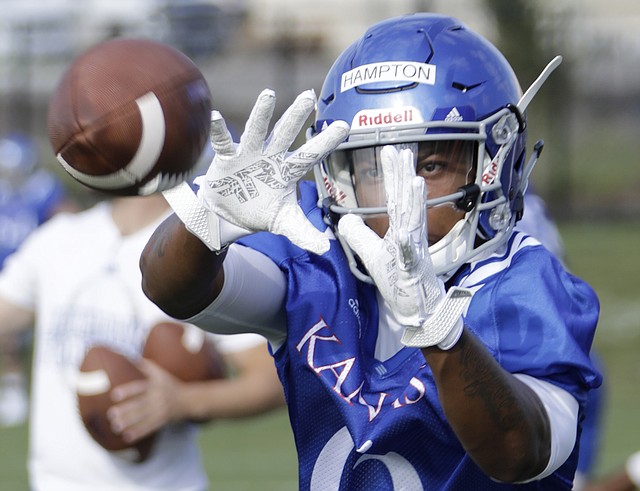 'It's like he's been here before': WR Quan Hampton doesn't look like true freshman to KU teammates

After several practices and more repetitions and routes than anyone in his group could count, sophomore Daylon Charlot understood what each of his fellow Kansas receivers brought to the mix at preseason camp. The former Alabama wideout came away impressed with three Jayhawks in particular: juniors Steven Sims Jr. and Jeremiah Booker, and Quan Hampton, a true freshman. By Benton Smith

Sure, new Kansas football coordinator Doug Meacham is in charge of the entire offense. But when Meacham runs back and forth across the practice fields he finds himself zeroing on the receivers he coaches. Camp just began Monday, so the first receivers the coordinator mentioned were the ones he’s just getting to know. By Benton Smith