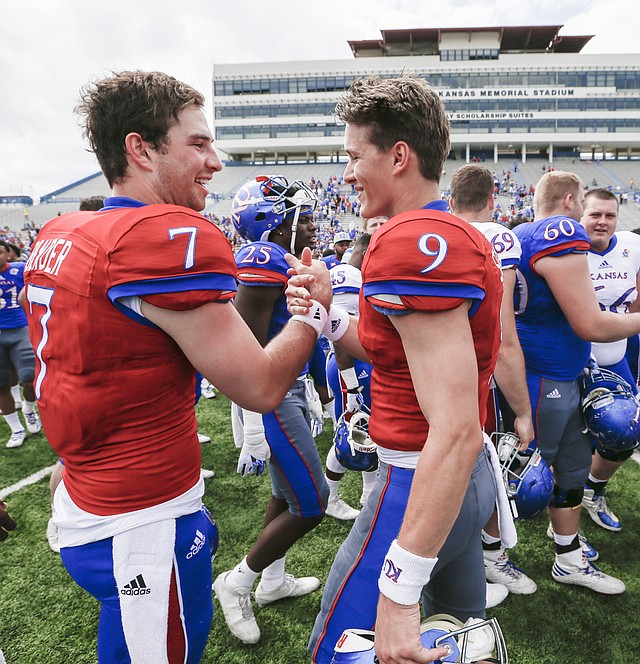 Kansas quarterbacks Peyton Bender and Carter Stanley began competing for the program’s starting job the day Bender set foot on campus a few months back, so Saturday’s spring game didn’t feel too different for the two players on the field with the most eyes on them. By Benton Smith