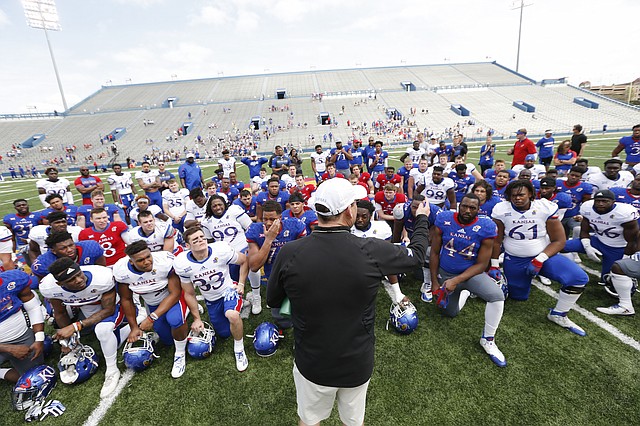 Beaty pleased with KU's progress during the offseason

Counting down the days until the start of the upcoming college football season, Kansas coach David Beaty said the Jayhawks have the same hopes and dreams as all of the other programs. By Bobby Nightengale