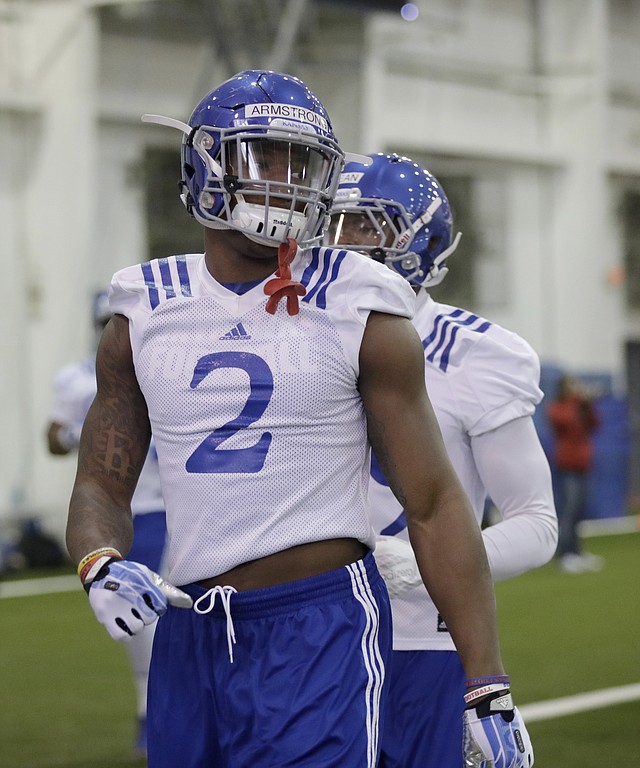 KU holding Armstong out of practices, but Beaty wants DE back on field quickly

The Big 12’s preseason Defensive Player of the Year watched most of Thursday morning’s Kansas football practice from the sideline. But Dorance Armstrong’s coaches aren’t nearly as concerned about the severity of what ails the star defensive end as they were a year ago at this time. By Benton Smith