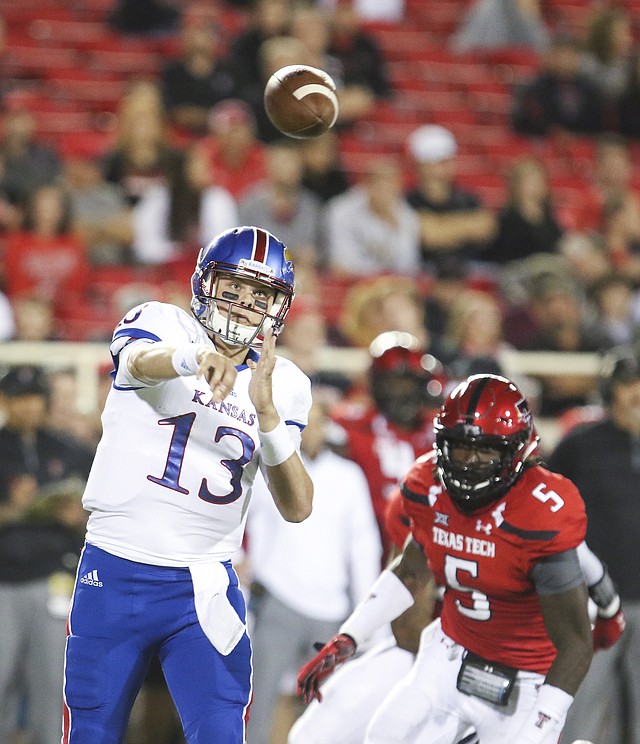 Kansas quarterback Ryan Willis (13) heaves a pass to the flat during the fourth quarter on Thursday, Sept. 29, 2016 at Jones AT&T Stadium in Lubbock, Texas.

Ryan Willis to start for KU against TCU

Ryan Willis left Lubbock, Texas, late Thursday night wondering how the Kansas football team’s trip to play Texas Tech might have changed if one key third-quarter series had played out differently. The backup quarterback went as far to take the blame for how the game turned in favor of the Red Raiders afterward. By Benton Smith