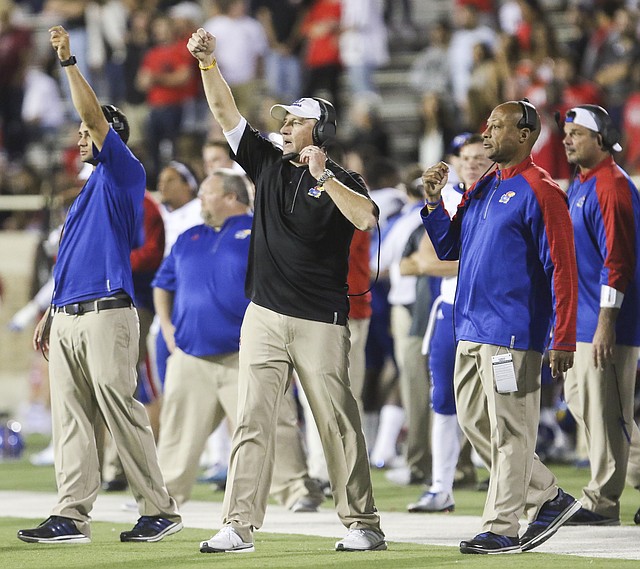 With new coordinator, repetition key for KU offense this spring

The words repetition and spring football essentially are synonymous these days around Anderson Family Football Complex. It’s the time of year when head coach David Beaty and his assistants install their plays, in doses of three practices. By the time the Jayhawks conclude training after 15 total sessions, they will have gone through the complete install five times over. By Benton Smith

Not too long ago, Kansas football head coach David Beaty or one of his assistants could walk into a recruit’s home and face some difficult questions, with opposing staffs feeding high school or junior college talents with doubts about the future of KU football. That all changed, Beaty said, when the athletic department showed its support for him and the program by extending his contract earlier this week. By Benton Smith