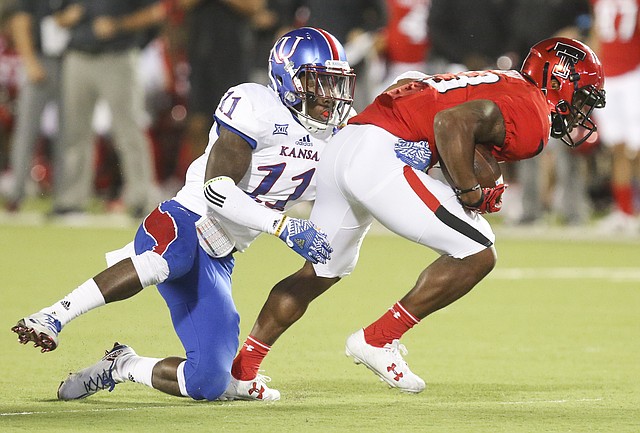 It didn’t take Kansas safety Mike Lee long to establish himself as one of the Big 12's most feared bone-crushing tacklers.