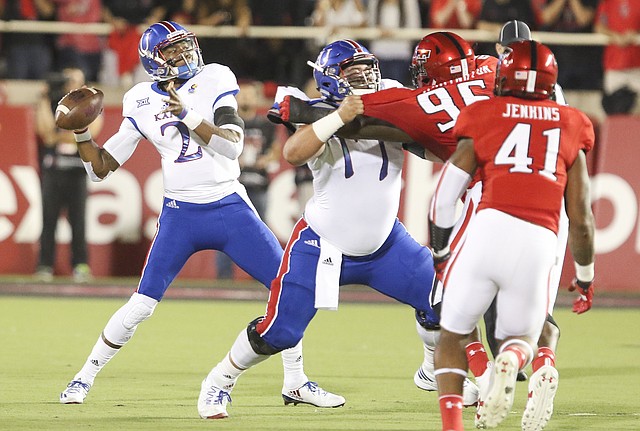 Kansas quarterback Montell Cozart (2) pulls back to throw during the first quarter on Thursday, Sept. 29, 2016 at Jones AT&T Stadium in Lubbock, Texas.

No young Pop Warner quarterback thinks to himself, “One day, I want to be a game manager.” In the highly competitive Big 12, though, that’s exactly what University of Kansas coach David Beaty needs his QB to be. By Benton Smith