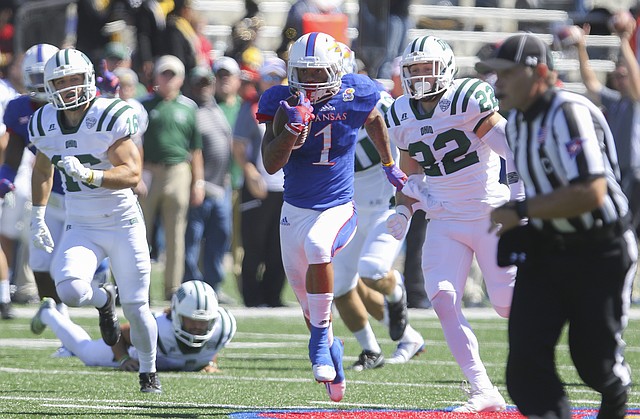 Kansas wide receiver LaQuvionte Gonzalez (1) runs back a kickoff for a touchdown during the second quarter on Saturday, Sept. 10, 2016 at Memorial Stadium.

When David Beaty spoke to his 87-year-old mother, Bobbie Ford, following his Kansas football team’s Saturday home loss to Ohio, she told her son the same thing everyone who watched the game was thinking, too. "Y'all got to hang on to that ball when they punt it to you,” Beaty said of her opening line in their conversation. By Benton Smith