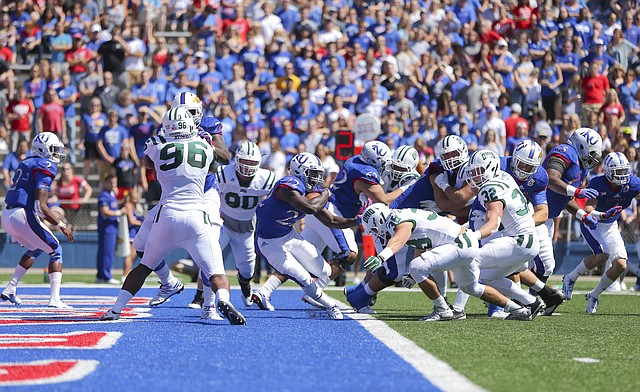 The concept of valuing the opening plays of a game or practice certainly isn’t new to Kansas football coach David Beaty or his players. Following a Week 2 home loss to Ohio in which the Jayhawks (1-1) failed early on to show much fight on either offense or defense, the words “fast start” likely have been uttered more than ever as KU prepares for its first road game of the season, Saturday at Memphis. By Benton Smith

Tom Keegan: Sloppy Jayhawks on the menu at Memorial Stadium

For the second week in a row, Kansas showed it has faster football players than a year ago, but the football they played resulted in a not-so-fast verdict in declaring the Jayhawks a much better football team than when they went 0-12. By Tom Keegan