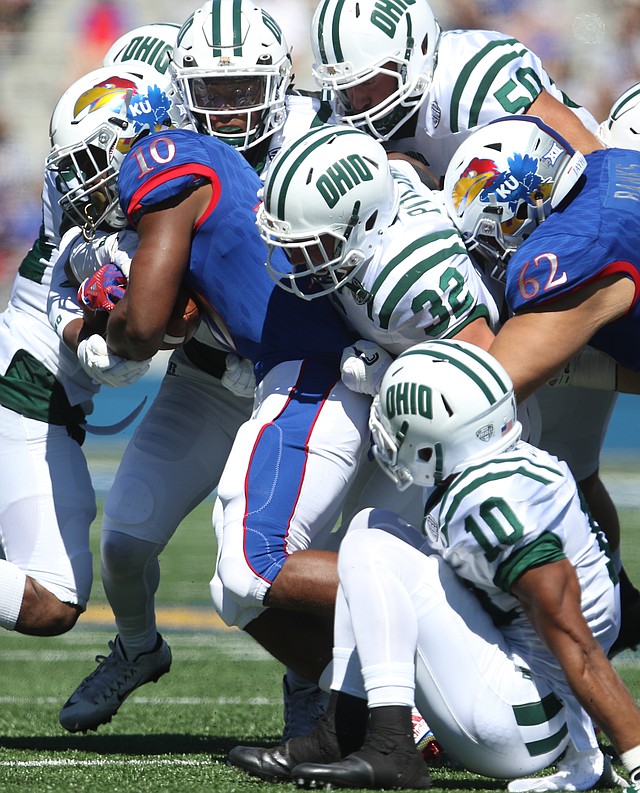 Get the keys to the Kansas football team's Week 3 road trip to Ohio, a score prediction and much more in this week's Gameday Breakdown. By Benton Smith

The Jayhawks ran the ball 35 times for 171 yards and two touchdowns against an overmatched FCS opponent in their debut, but after KU averaged a meager 1.7 yards a carry in a home loss to Ohio, offensive line coach Zach Yenser went as far as referring to the team’s run-blocking the “elephant in the room.” By Benton Smith

Tom Keegan: Too early for KU to pass on run

First, a moment to wish everyone involved in the historic day a happy anniversary. That’s right, today is the seven-year anniversary of the Kansas football team’s most recent road victory, a 34-7 blasting of UTEP.