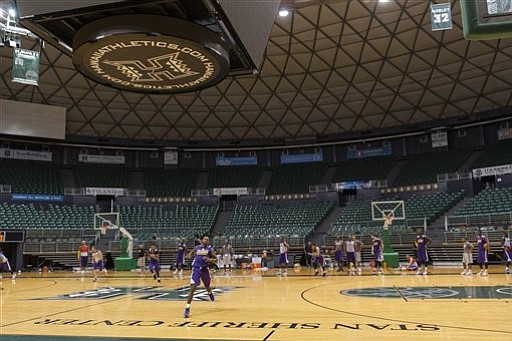 The Stan Sheriff Center in Honolulu, Hawaii — shown here before a recent NBA exhibition game — will be the site of this year's Armed Forces Classic, in which Kansas and Indiana will face off on Nov. 11 following a game between Arizona and Michigan State.

Venue change on tap for KU-Indiana in Honolulu

The Kansas men's basketball program, in conjunction with ESPN, on Thursday announced a venue change for the Jayhawks' Nov. 11 showdown with Indiana in the Armed Forces Classic in Honolulu.