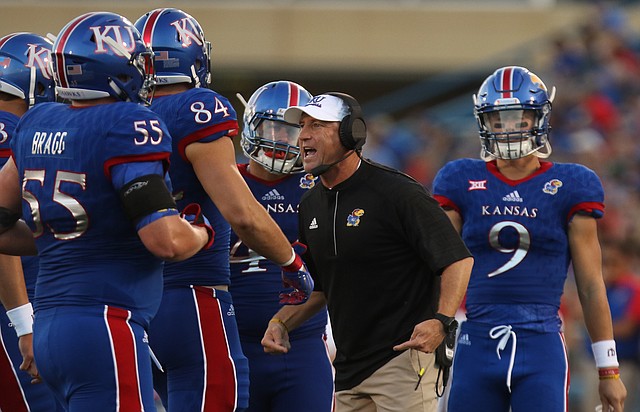 Kansas head coach David Beaty huddles up his players during the second quarter on Saturday, Sept. 3, 2016 at Memorial Stadium.

As David Beaty and his staff prepare for the Jayhawks’ first road game of the season, the second-year Kansas football coach knows the Memphis Tigers waiting for them Saturday at Liberty Bowl Memorial Stadium will look significantly different from the team that came to Lawrence a year ago and trounced KU by 32 points. By Benton Smith