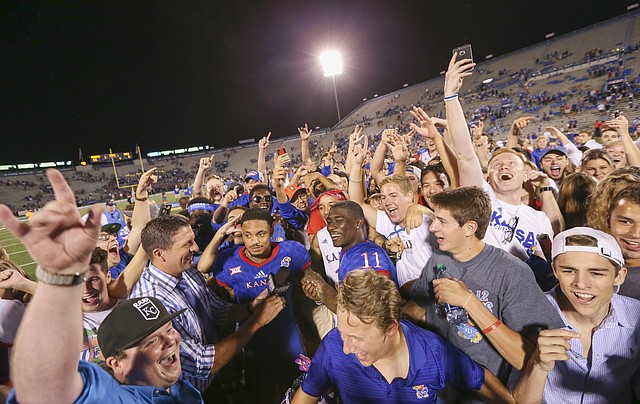 University of Kansas fans accustomed to listening to football and men’s basketball games on 610 Sports Radio will have to get used to finding the Jayhawks elsewhere on the radio, beginning this season.

Veteran Las Vegas bookmaker Chris Andrews said this week's wild point-spread swing from Ohio -9 to Kansas -3 was noteworthy but not anywhere close to the craziest he has seen. By Matt Tait