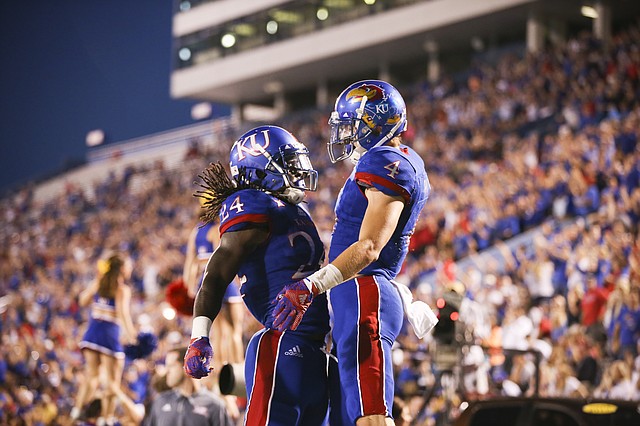 A limited number of Kansas football fans observing a touchdown from the north end of Memorial Stadium now have the option of doing so accompanied by some celebratory beer or wine. By Benton Smith