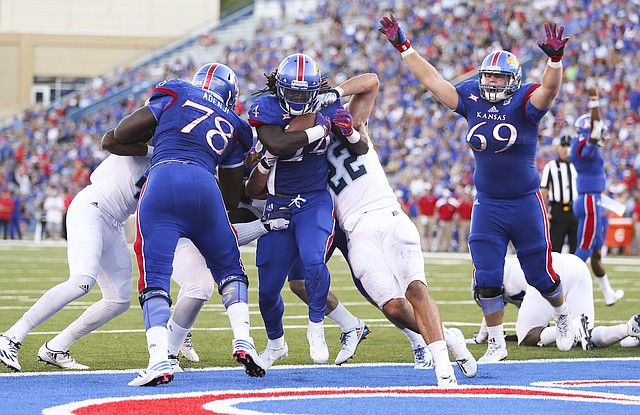 A preview of the Kansas football team's Saturday matchup against Ohio, when the Jayhawks need to be disciplined. By Matt Tait

Over the past several months of training and preparation, and the more recent weeks of preseason practices, the football players at Kansas put in enough work to convince themselves this season wouldn’t resemble the historically inept campaign that preceded it. Saturday night at Memorial Stadium, in front of an announced crowd of 26,864, the Jayhawks got their first chance to prove it. By Benton Smith