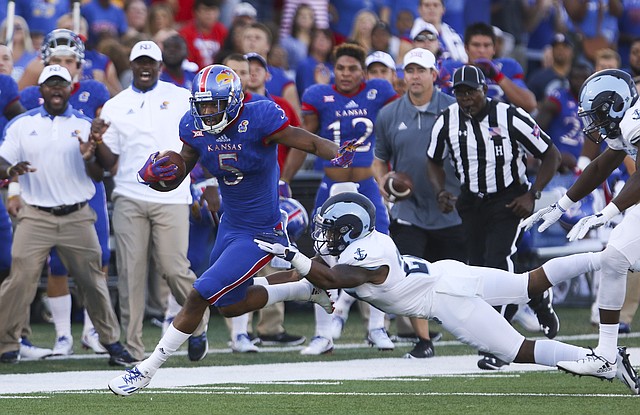 Get your keys to the Kansas football team's road game at Memphis, find out the mega matchup and check out five questions with senior safety Bazie Bates IV.By Benton Smith

The Kansas wide receivers have created a culture that transcends the name and number of the Jayhawks' quarterback. By Matt Tait

In dominant fashion, the Kansas football team earned its first win since 2014 with a 55-6 victory over Rhode Island in its season-opener Saturday at Memorial Stadium.