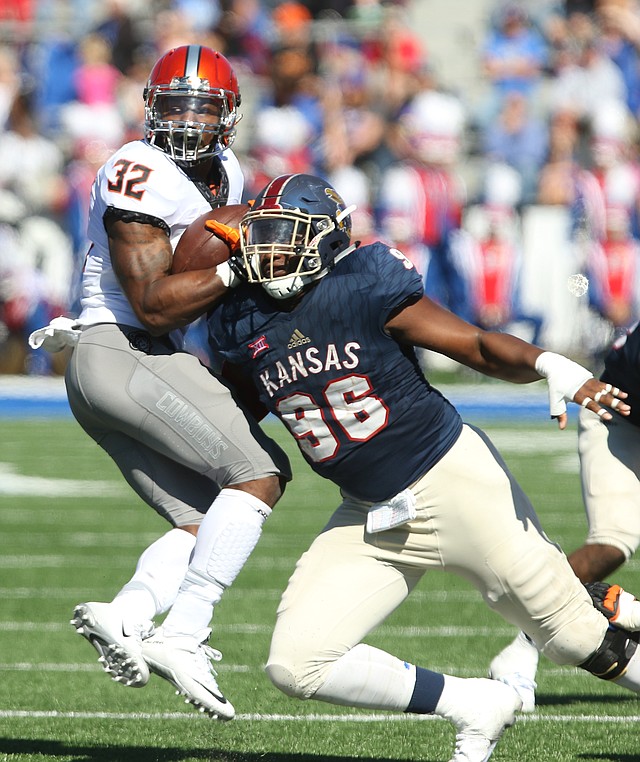 When David Beaty heads to Frisco, Texas, later this month for the Big 12’s annual football media days extravaganza, the Kansas football coach plans to bring four players with him to pose for photos and answer questions about the upcoming season. By Benton Smith

For a couple days at Anderson Family Football Complex, the Kansas coaching staff and important defensive cog Daniel Wise thought the team’s starting defensive tackle would have to miss the first half of the upcoming Iowa State game. The best-case scenario played out for Kansas (1-8 overall, 0-6 Big 12) and the 6-foot-3 tackle. Nevertheless, head coach David Beaty used Wise as an example. By Benton Smith

Defensive coordinator Clint Bowen recently realized he needed to remind the Jayhawks they have a talented defense. One of the first examples Bowen can utilize in such pep talks is KU’s third-down defense. Eight games into the season, the Jayhawks (1-7 overall, 0-5 Big 12) lead the conference in third-down stops. By Benton Smith