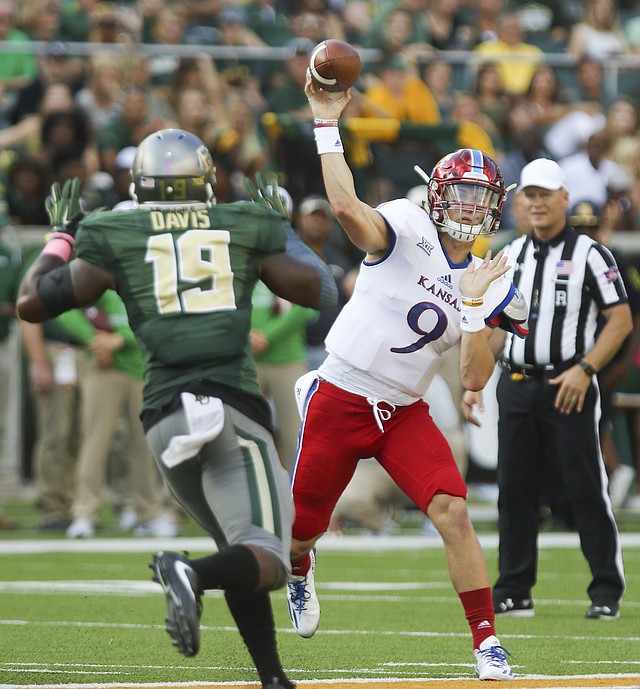 Is it possible by the end of KU’s spring schedule in late April Beaty will have a clear No. 1 QB in sophomore Carter Stanley or junior college transfer Peyton Bender? By Benton Smith

Redshirt freshman Carter Stanley will become the 10th quarterback in seven seasons to start a game for Kansas in Saturday's 11 a.m. kickoff vs. Iowa State at Memorial Stadium.

The Kansas football team, always searching for any competitive edge it can get, entered this past weekend as the least penalized team in the Big 12. However, in a 48-21 loss at West Virginia Saturday night, the Jayhawks impaired their chances of competing by committing a season-worst nine penalties and suffering another low for the year in penalty yardage (104). By Benton Smith