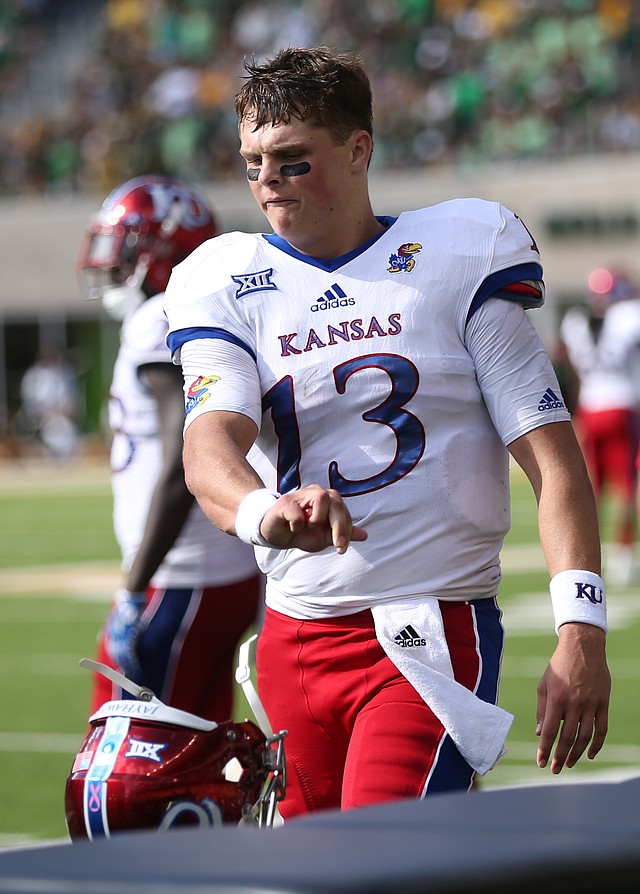 Kansas quarterback Ryan Willis (13) throws his helmet in frustration after throwing his second interception of the game during the second quarter on Saturday, Oct. 15, 2016 at McLane Stadium in Waco, Texas.

Between the Kansas football program losing 17 of its 18 games since he took over and the Jayhawks’ often defective offense under his watch as coordinator and quarterbacks coach during his second season in Lawrence, David Beaty can’t help but discern the swelling groans from within KU’s fan base. By Benton Smith