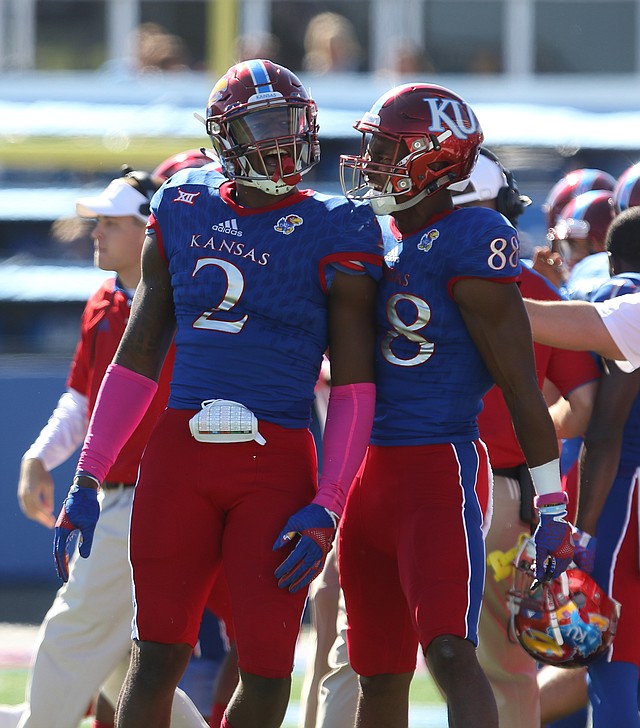 In less than two weeks, the Kansas football team will make it’s season debut. So it’s just a matter of time before the coaches will announce the Jayhawks’ starting quarterback, one would assume. By Benton Smith

The secret is out. The University of Kansas is the home of one of the Big 12’s best football players. Despite the program’s longstanding struggles to escape the conference’s basement, the talent of junior defensive end Dorance Armstrong Jr. is so great that media voted Armstrong the preseason Defensive Player of the Year in the Big 12. By Benton Smith

Dorance Armstrong Jr’s pursuit of opposing quarterbacks makes Big 12 foes respect and fear his ability as an edge rusher. Now the Kansas defensive end’s stellar sophomore season has gained him some national recognition. Armstrong, a 6-foot-4 sophomore from Houston, had his name added to the Ted Hendricks Award watch list this week. By Benton Smith

By the time a winless 2015 came to a close for the University of Kansas football team, the program had plenty to address in the offseason. Defensively, coordinator Clint Bowen seemed to have as immense a reclamation project to take on as anyone. Looking back at it now, head coach David Beaty says his defensive leader took the team’s underwhelming performance personally. By Benton Smith