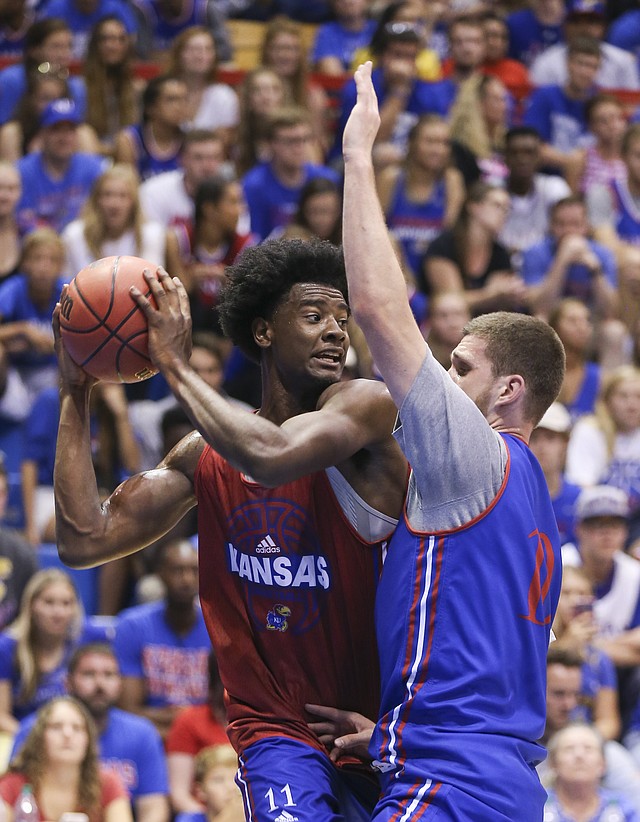 Kansas guard Josh Jackson looks for an outlet as he is defended by Sviatoslav Mykhailiuk during Late Night in the Phog on Saturday, Oct. 1, 2016 at Allen Fieldhouse.

Wiggins offers advice for Josh Jackson; Chalmers says he will be 'real good'

Kansas men’s basketball players were watching Saturday's NBA preseason game from a suite, which included freshman Josh Jackson — the first No. 1-ranked recruit to play for the Jayhawks since Andrew Wiggins suited up for Kansas in 2013-14. Wiggins said he’d only seen Jackson’s highlights, but he was asked if had any advice for the 6-foot-8 freshman from Detroit.By Bobby Nightengale