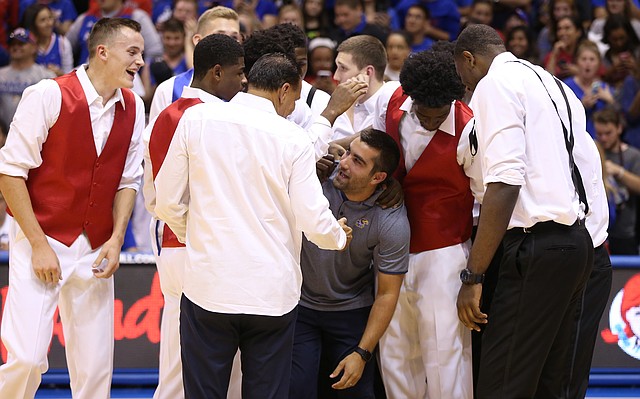 An unexpected star of Late Night in the Phog, Kansas basketball director of operations Brennan Bechard reluctantly sat down in front of a room full of reporters Saturday night and talked about hitting a half-court shot worth $10,000 to one KU fan for the second year in a row. By Benton Smith