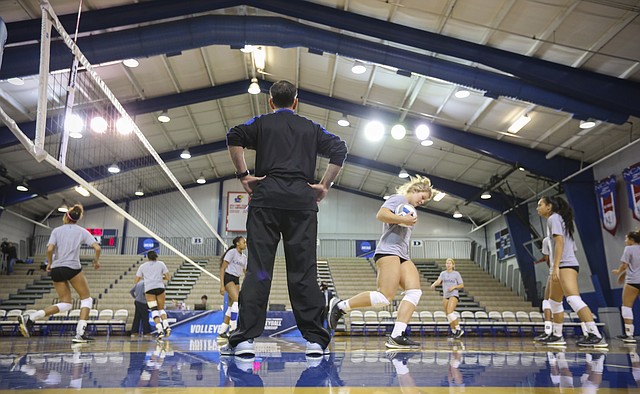 For the first time in awhile, the Kansas volleyball team will have a new setter this season. Ainise Havili, who netted three consecutive Big 12 Setter of the Year honors, has since graduated. Kansas volleyball coach Ray Bechard, who spoke to reporters at Fall Sports Media Day on Thursday in Allen Fieldhouse, believes he has multiple options to help fill that void in 2018.