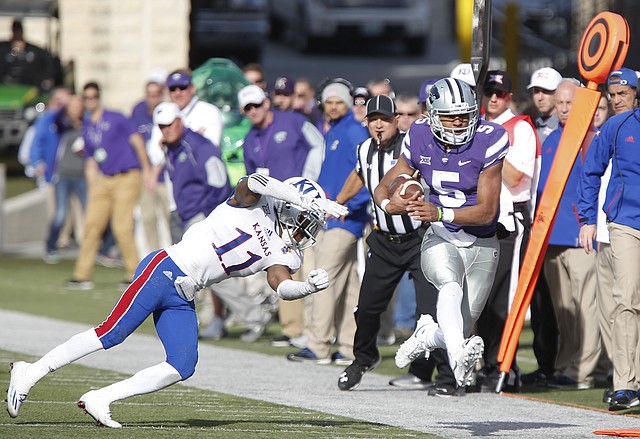 While it’s true defensive coordinator Clint Bowen has found early signs from the Kansas football secondary encouraging at preseason practices, the program’s assistant head coach also will tell anyone listening his current opinion of the group doesn’t necessarily correlate with fall success. To truly know how the best of his defensive backs mesh as a unit, Bowen will have to wait and see cornerbacks Hasan Defense and Shakial Taylor, safeties Mike Lee and Bryce Torneden, and nickelback Derrick Neal react to in-game adversity. By Benton Smith

Headed into the 2016 season, the Kansas football team needed all the on-field help it could get — on all fronts. Accordingly, some true freshmen, instead of slowly working their way up through the ranks, got legitimate chances to shine as starters. The Jayhawks hope that also brings some payoff in 2017, when three of the more important players on the roster will be sophomores. By Benton Smith

The 2-10 overall record, one Big 12 victory and average Memorial Stadium crowd of 25,828 might have made it less than obvious to perceive in 2016, but the Kansas football team gave second-year head coach David Beaty and his staff numerous reasons to feel upbeat about the program’s future. By Benton Smith