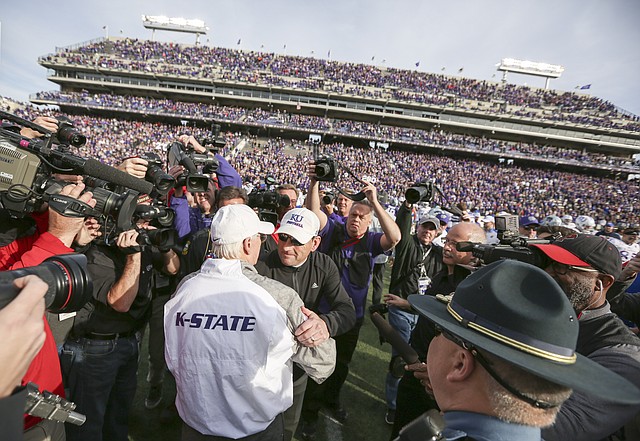 The man who built something truly amazing out of nothing reached a milestone Saturday afternoon with his 200th football victory at Kansas State. His players celebrated the moment by pouring water on him and then carrying him off the field. By Tom Keegan