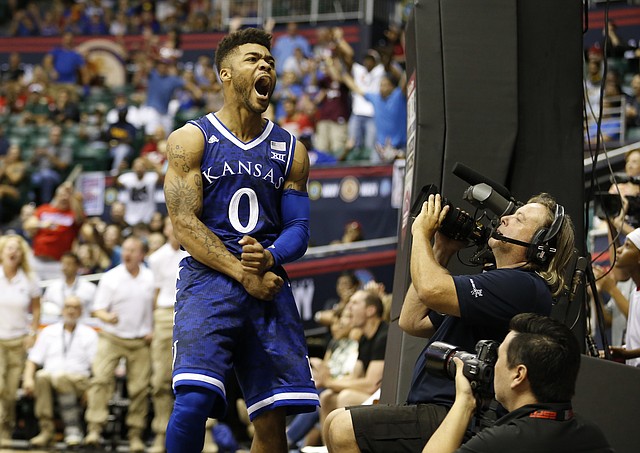 Kansas guard Frank Mason III (0) roars after an and-one bucket during the second half of the Armed Forces Classic at Stan Sheriff Center, on Friday, Nov. 11, 2016 in Honolulu, Hawaii.

As a result of willing the Kansas basketball team to overtime against Indiana Friday in Honolulu, and tying his career-high with 30 points prior to fouling out, KU senior point guard Frank Mason opened the season as the Big 12’s Player of the Week.