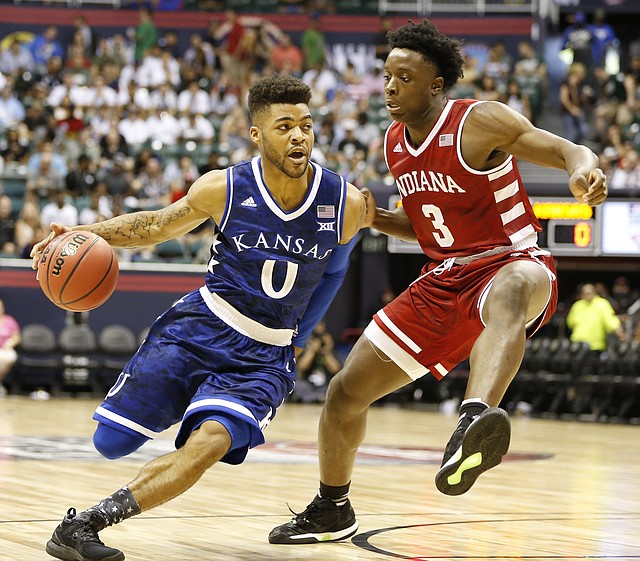 Kansas guard Frank Mason III (0) drives against Indiana forward OG Anunoby (3) during the first half of the Armed Forces Classic at Stan Sheriff Center, on Friday, Nov. 11, 2016 in Honolulu, Hawaii.

The Kansas men’s basketball program announced Tuesday a home-and-home series with the Indiana Hoosiers, scheduled to begin next season. By Matt Tait

Trust key for KU in bounce-back effort vs. Duke at Champions Classic

Fresh off of a 30-point performance that added to the legend of his Fearless Frank Mason persona, KU’s senior guard posted a simple message on social media following last week’s season-opening loss to No. 11 Indiana in Honolulu. Trust the process, Mason wrote.By Matt Tait

In the first meeting between two of the nation’s most recognizable college basketball programs in more than 20 years, No. 3-ranked Kansas and No. 11 Indiana delivered an overtime thriller Friday night at the Armed Forces Classic, in Honolulu.