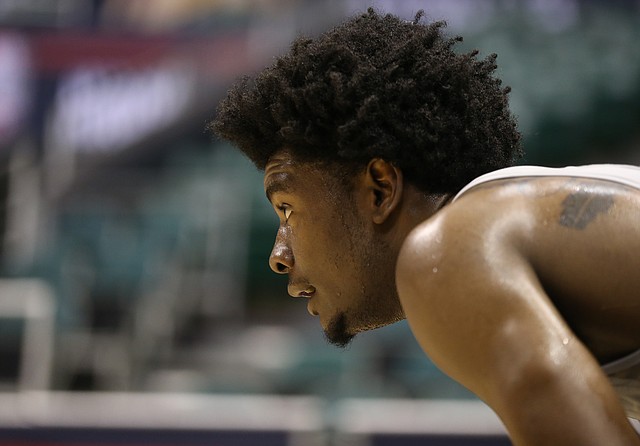 Kansas guard Josh Jackson gets a break on the sidelines as the team works on perimeter defense during a practice on Thursday, Nov. 10, 2016 at Stan Sheriff Center in Honolulu, Hawaii.

Another off-court legal issue came to light Wednesday as the Kansas basketball program prepared for the start of the 2017 postseason. Kansas coach Bill Self on Wednesday morning announced that freshman guard Josh Jackson would miss Thursday’s Big 12 quarterfinal at Sprint Center to serve a one-game suspension for his role in a traffic incident in early February. By Matt Tait and Conrad Swanson

Gameday Breakdown: No. 7 KU basketball vs. No. 1 Duke

A look at some of the keys to the KU men's basketball team's 2016-17 Champions Classic showdown against No. 1 Duke, Tuesday, Nov. 15, 2016 at Madison Square Garden in New York City. By Matt Tait