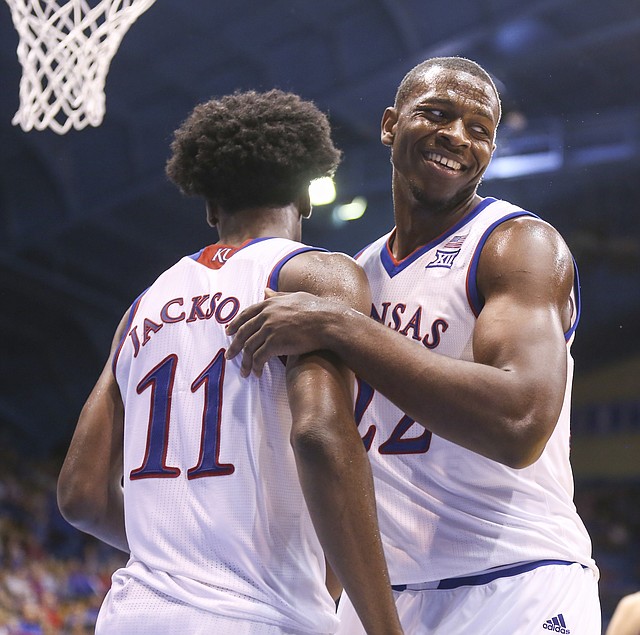 Kansas forward Dwight Coleby (22) gives some love to teammate Kansas guard Josh Jackson (11) after a near explosive dunk by Jackson during the second half, Tuesday, Nov. 1, 2016 at Allen Fieldhouse.

With the Jayhawks slated to face UNC-Asheville at home tonight, Kansas big man Dwight Coleby is hoping his next trip to the scorer’s table will lead to something close to the two-point, four-rebound, four-block effort he turned in against Georgia last Tuesday, when he earned the unofficial honor of Big Man of the Game from KU coach Bill Self. By Matt Tait