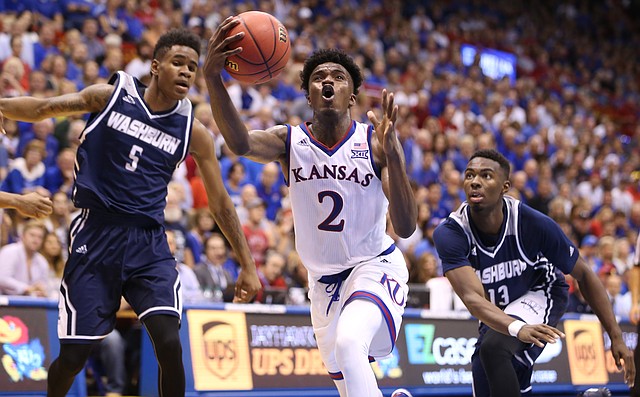 Coming off a freshman year in which he played just 91 minutes in 19 games, Kansas guard Lagerald Vick said Monday that he had no idea he would be quite this comfortable nearly this quickly during his second season with the Jayhawks. By Matt Tait

The final score read 92-74 in Kansas’ favor, but the postgame words from the players and coaches who helped the Jayhawks defeat Washburn on Tuesday night in the exhibition opener for both teams did not match it. By Matt Tait