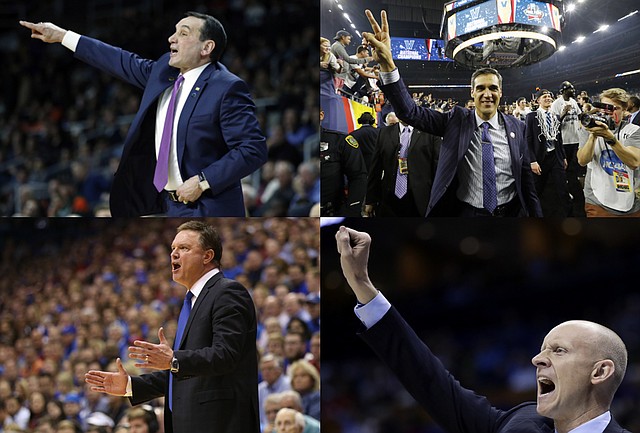 By the time the college basketball season rolls around, these four coaches — clockwise from top left, Duke’s Mike Krzyzewski, Villanova’s Jay Wright, Xavier’s Chris Mack and Kansas’ Bill Self — well could have the top four teams in the country.

Tom Keegan: A look at next preseason’s top 10 basketball teams

No rational thinker could deny that Bill Self’s 13th Kansas University basketball team was the third-best in the nation, ranking behind only national champion Villanova and runner-up North Carolina. And third is as good a guess as any as to where the Jayhawks will open next season. By Tom Keegan