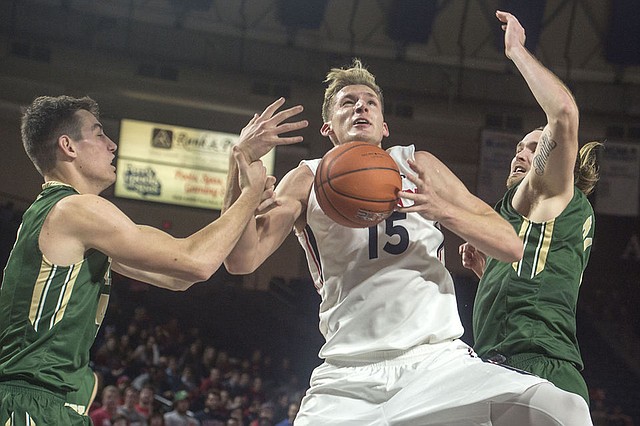 Liberty's Evan Maxwell (15) gets fouled going up for a shot in the first half against William & Mary on Tuesday, Nov. 17, 2015, in Lynchburg, Va. Maxwell, a 6-foot-10 sophomore big man, is transferring from Liberty to Kansas University.

Good college basketball coaches/recruiters have connections in the sport all over the country. One of those relationships helped Kansas University’s basketball program become aware of the availability of former Liberty University forward Evan Maxwell, a 6-foot-10, 235-pound sophomore who committed to KU on May 13 and on Monday officially was introduced as a Jayhawk signee by head coach Bill Self.