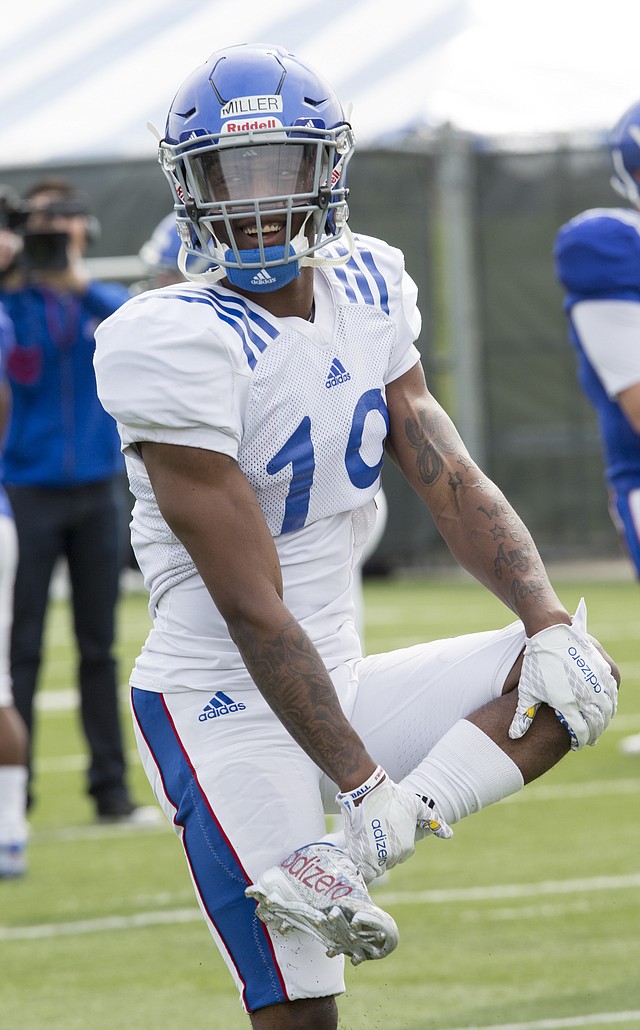 Miller moving from CB to safety

Whether it was Biletnikoff Award winner Corey Coleman of Baylor, TCU monster Josh Doctson or Oklahoma standout Sterling Shepard, Kansas University freshman Tyrone Miller lined up against some of the best wide receivers in the country during his first season of college football.