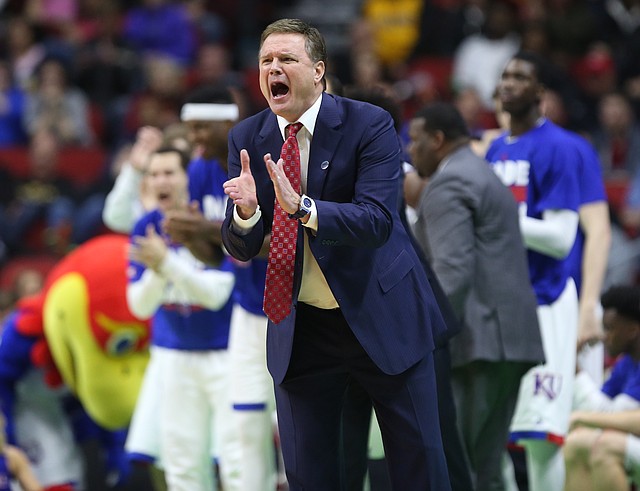 Kansas men’s basketball coach Bill Self told the Journal-World that “a harder than average” boot camp ended early this week because the Jayhawks had accomplished all they needed to get done. By Matt Tait

KU on Tuesday afternoon officially released the non-conference portion of the Jayhawks' 2016-17 schedule. Included are high-profile showdowns with some of the best programs in college basketball, starting with Indiana, Nov. 11 in the Armed Forces Classic in Honolulu, and Duke at the Champions Classic, Nov. 15 in New York.

Since 2012, Bill Self has paid no Kansas taxes on almost 90 percent of his considerable earnings. And the Kansas University men's basketball coach has done so legally, thanks to Gov. Sam Brownback.