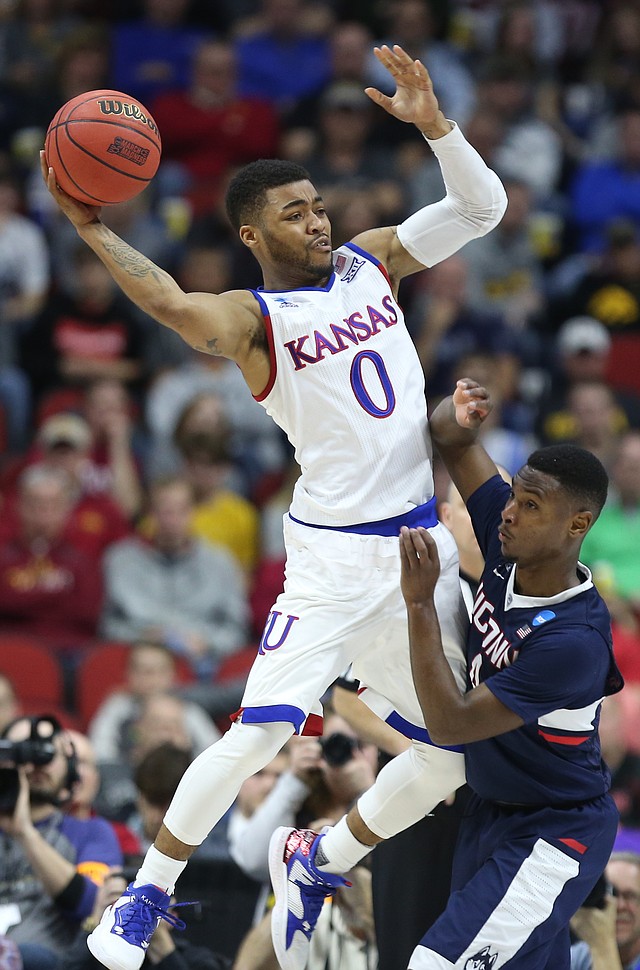 Kansas guard Frank Mason III (0) looks to throw a pass over Connecticut guard Sterling Gibbs (4) during the second half on Saturday, March 19, 2016 at Wells Fargo Arena in Des Moines.

Kansas University junior point guard Frank Mason III says he definitely enjoyed his postgraduate year at Massanutten Military Academy. Yet, back in the fall of 2012, he was relieved to be granted at least one weekend pass by officials at the strict Woodstock, Va., school. By Gary Bedore