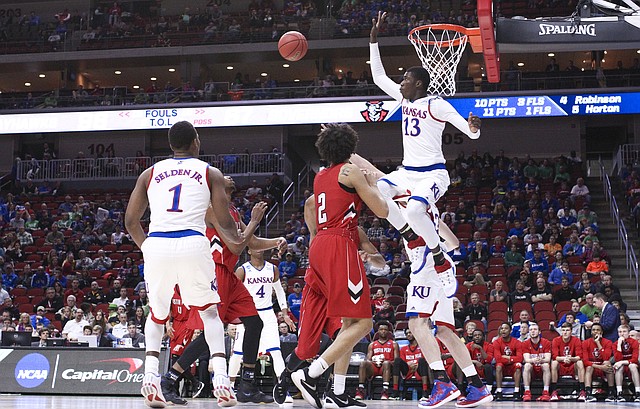 Kansas forward Cheick Diallo (13) gets up to reject a shot during the second half, Thursday, March 17, 2016 at Wells Fargo Arena in Des Moines, Iowa.

Those individuals who release NBA mock drafts in anticipation of Thursday's two-round, 60-pick extravaganza in New York certainly do not compare notes when prognosticating. Proof of that is the difference of opinion regarding 19-year-old former Kansas University forward Cheick Diallo. By Gary Bedore