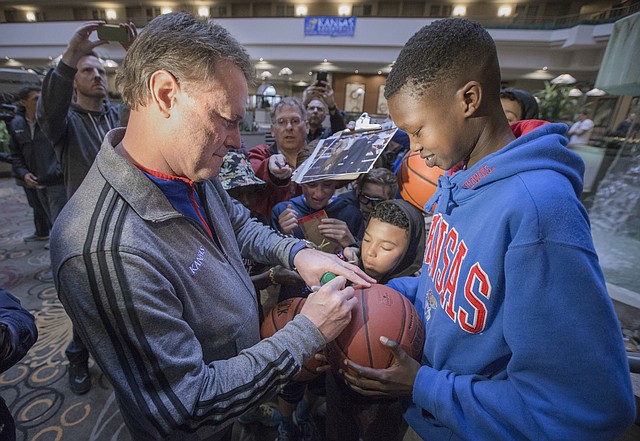 Kansas University basketball assistant Jerrance Howard performed a few dance moves to the beats of the Isiserettes Drill and Drum Corps as the Jayhawk coaches and players exited a luxury, black Heartland Executive bus at 5:35 p.m. Tuesday in front of the Embassy Suites hotel in downtown Des Moines. By Gary Bedore